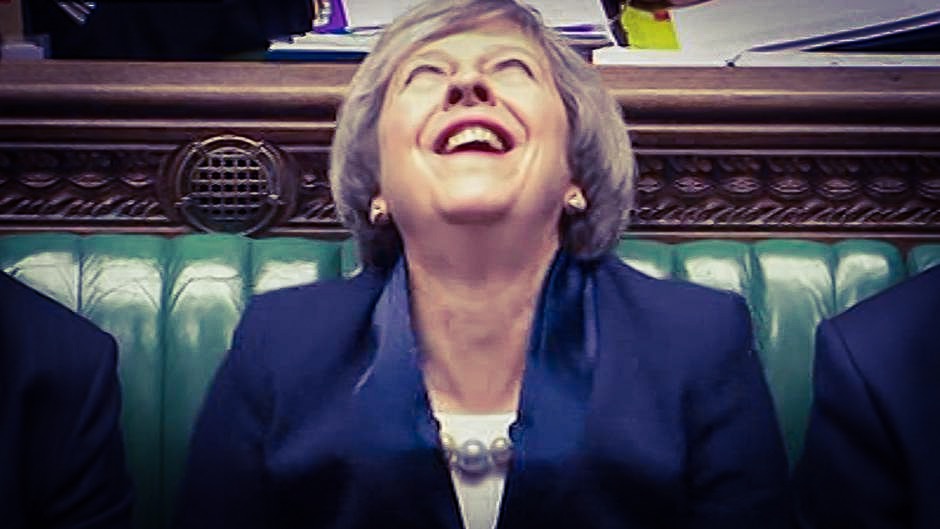 Bum. I’ve run out of my chemo aka methotrexate aka mtx. This isn’t me being slack, this is the rippling effects of government cuts to the NHS which has only worsened with Theresa May. Over the past month I have let my hospital know in person that I am running out, left four phone messages and have also reminded them to re-instate the order of my biologic drug Humira. When I ring the answer phone message says ‘due to NHS cuts the phone lines are now only manned 3 days a week’. I have had no reply to my messages. It’s been a month, they used to get back to you within a day. It’s like the NHS has been stolen.

How NHS cuts affects my treatment

I am worried that if I don’t get the drugs soon my treatment will be messed up as it is not advised to erratically stop and start these powerful drugs. Not that I enjoy taking the mtx with its vom inducing properties or the ‘guess the side effects’ biologics but I just need to get my RA back on track or at least feeling a bit better than I do now. I also stopped my steroids at Easter and the chronic fatigue is worsening. I went to see Shit-Faced Shakespeare at the weekend with friends which was awesome but I have been completely physically and mentally exhausted since. I just want to sleep all the time (but don’t get to). Everyday I wake up shattered. And my body, well it feels like it’s imploding.

I have just left another message on my hospital helpline and am really hoping they will get back to me before for my appointment tomorrow. It would be wasted journey in time, energy as well as the pain incurred in driving but also money and stress in parking of my injections are not ready.

I have had to miss hospital appointments before because I could not find a space in the rammed multi-storey car park. Just another example of screwing our NHS as our hospital car parks are run by private companies such as APCOA who design the most inaccessible car parks and cram people in. This affects our treatment. One time I was directly underneath the Occupational Therapy department in the car park but had to ring my therapist to say there were no spaces and had to reschedule the appointment – for a whole month later! Because cuts also affect waiting times and the amount of specialist staff. Existing NHS staff are now taking on huge workloads and are being spread thin across many roles to make up for the staff who have lost their jobs.

Personally waiting a month to be seen means a month of extreme pain in my hands which I can only describe as someone trying to tear your hand off your wrist. It keeps me up at night and gets worse with every movement such as brushing my hair, getting dressed and of course driving. Hands of course are just one small part which is affected by Rheumatoid Arthritis. I won’t get started on the rest of the bits and pieces all of which require their own specialist department too.

And yet I am one of the lucky ones because I had that Occupational Therapy referral. Hospital departments are generally discharging long term patients such as myself, as we never get better therefore never leave. ‘Waiting list’ stats look good if patients are discharged regularly and new ones being admitted. In short that means hospitals trusts are encouraged to take in more patients with short term often minor conditions and get rid of patients with long-term serious illnesses. Myself and my friends have all been discharged from hydrotherapy for example, which is strengthening exercises instructed by a physiotherapist in the low impact safety of a hydrotherapy pool.

Of course discharging long-term patients is ridiculous as degenerative illnesses are only going to get worse, eventually needing more aggressive, more expensive treatment down the road. This is the reality of our government cuts on our NHS services. It may seem like a remote political issue to some but for many of us on the frontline these cuts directly and immediately affect our lives and physical and mental wellbeing.

How NHS cuts affects my life

Getting access to NHS services and life changing treatment or not, means being able to go out or not, work or not, access to education or not, see our friends and families or not, be a part of society or not, life or death or not.

How NHS cuts affects my future

Of course it was Cameron’s government who really went to town on disabled people through vilifying us through the media as benefit scroungers and imposing humiliating Work Capability Assessments which has left thousands of seriously ill people, in poverty or homeless. Many died after being deemed fit for work whilst others committed suicide and continue to do so. But May has continued his grand plan by changing the definition of ‘disabled’ and enabling the proposed cuts of ESA allowance by £30 a week for disabled people which at £100 a week is a 30% cut. Given that according to Scope life for disabled people costs on average £550 more than able bodied people, you can see the need for concern. May has also introduced further NHS cuts and refuses to invest more in the NHS.
Really hoping June 8 will mean an end to the government’s relentless hostile attack on disabled people (amongst others) and the general screwing up of the NHS! It would be really nice to have a government who believes in equality, fairness and empathy for a change.